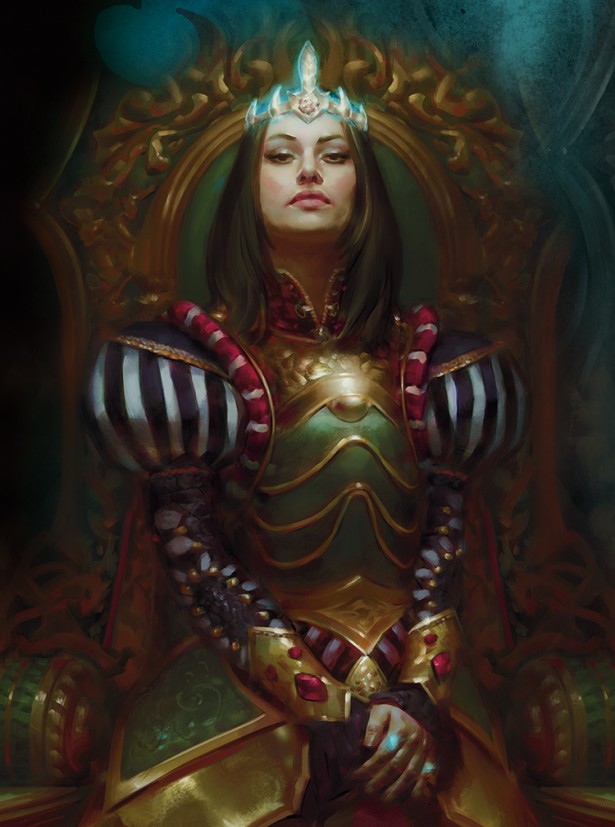 Magic Drafts have been huge here at Fantasy Books, and this new set designed for drafting will be no exception!

For those of you not familiar with the original MTG Conspiracy set, Conspiracy is a Magic the Gathering set designed for the draft format. Players split into pods of 5-9 (ideally, 8) players and draft cards from three boosters as normal. Instead of playing one-on-one games, players are then split in to groups of (ideally) 4 players and it's an all-out brawl from there! There are even cards that are intended specifically for the draft format: some that you can put back into the draft in order to take two cards rather than one, and some that let you add a whole new pack to the draft entirely!

The first Conspiracy set was a huge success - adding new powerful cards and reprints of old favorites - and this Conspiracy set looks like it's going to be even more fun! We will be holding our very first draft of Conspiracy: Take the Crown on Friday, August 26th at 6:30 pm. Entry is going to be $15, which covers the 3 packs that you need to draft. Everyone will leave with at least one pack for prize support, or more if you place higher up in the tournament. We'll see you there!